The Clyne Church in Brora and local area

The village of Brora is situated on the east coast of Sutherland and lies on the A9 trunk road midway between Inverness in the south and Wick and Thurso in the north. Clyne Church is on the left hand side of the road travelling toward Wick and Thurso and is at the north end of the village. 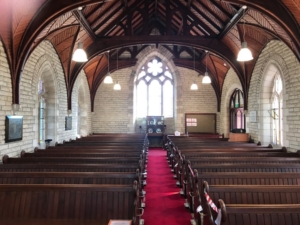 Church services are held every Sunday at 10.30am in Clyne Church. The Church has a Womens Fellowship which meets on the first Wednesday of the month from autumn until spring each year. A group meets for prayer and bible study every Friday afternoon and there is also a group which meet on a Tuesday afternoon to enjoy singing. The congregation comprises of 60 communicant members with a further 43 adherents. 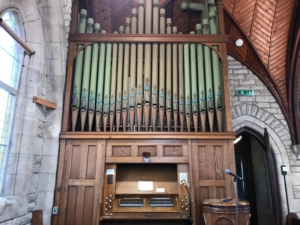 people. Music is provided by a 2 manual and pedal pipe organ constructed by Miller of Aberdeen and which was installed in the early 1920s.  The organ is also a dedicated war memorial. An adjacent hall with a small kitchen and toilets can accommodate up to 70 people.

The village at one time boasted many diverse industries such as coal mines, salt pans, brick works, a quarry, a woolen mill, a small number of fishing boats and a distillery. During the war and for some time afterwards there was a government radio station. Sadly most of these industries have disappeared other than the distillery and some fishing boats. 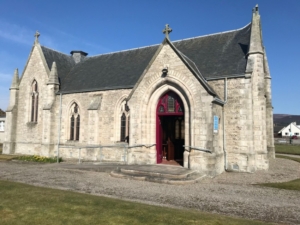 There are about 1228 residents in the village although this number does increase during the summer months due to the number of holiday homes in the area. Hunting and fishing takes place during the season and there are many walks both strenuous and easy depending upon one’s ability. As previously mentioned there is a local golf course in the village and others at Helmsdale, Golspie and Dornoch.

There is a medical practice within the village and a hospital in Golspie however more serious cases are dealt with in Raigmore Hospital in Inverness approx. 60 miles away. There is a thriving primary school in Brora and a secondary school in Golspie which takes pupils up to S6.